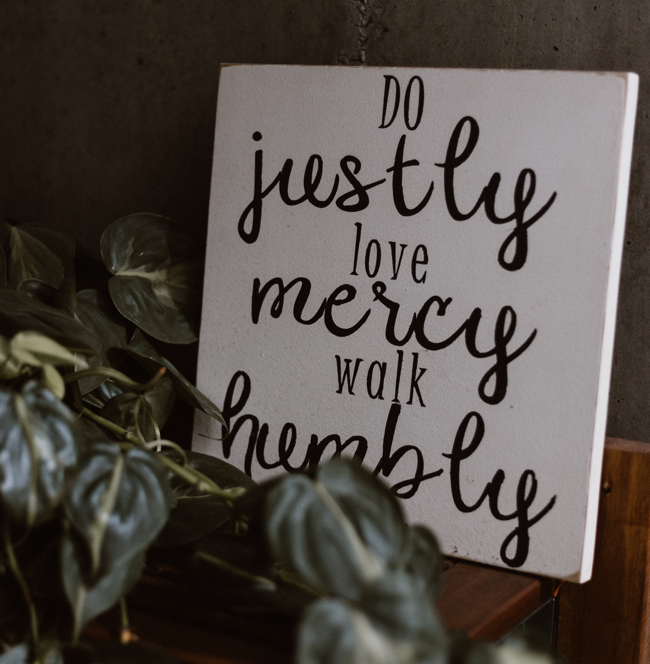 In my continuing series on both homelessness and our local politics, one point I keep saying I will get to is the idea of accountability. Today is the day. So I think a good first step is to start with a definition that I randomly grabbed from the internet:

The state of being accountable or answerable; responsibility for the fulfillment of obligations; liability to account for conduct, meet or suffer consequences, etc.: as, to hold a trustee to his accountability; the accountability of parents toward their children, or of men toward God.

The primary point I wish to tease out of that definition is this: "responsibility for the fulfillment of obligations". Keep this in your mind as I walk through the principles of accountability.

The best way I learn a concept is to see it in action. So let's walk through an example of accountability. I have four sons. They all have different talents and abilities. My oldest used to mow lawns all over our neighborhood. Residents would often pay him up front for mowing for a few months. Given that his father, a nice guy, granted him the right to use the lawnmower that the father maintained, this oldest son was able to pocket almost all of his earnings (minus a few gallons of gas here and there).

About halfway through the summer though, my oldest realized that mowing lawns sucked. This is why adults pay others to do it. He also realized that he'd rather do other things. But, he had been paid up front by his customers and had an obligation.

Now let us say that one or both parties neglect their obligations to the agreed upon scope of work in the contract. Where does accountability fit into this scenario? Multiple places! Each party has implied accountability based upon the scope of work in the contract. Expectations have been spelled out. Furthermore, if neither party can come to an agreement or arrangement regarding said obligations, they have the authority to end the contract. In the lawn mowing example, my son would return the remainder of money given after taking out the cost of his labor of the work that was already completed. In the event that neither party can agree on a resolution, a proper authority can require the parties to either fulfill their obligations or make restitution in say, a small claims court.

In my example here, my son simply continued to fulfill his obligation and did the mowing as was agreed upon :)

Our local commissioner, Sean Swope, expresses that he wants to add accountability:

Swope’s case is that the policy is in the best interest of the community. He’s made his stance clear through several speeches in public meetings this summer calling for “accountability” to be a requirement for people receiving grant dollars related to homelessness prevention and assistance.

[ Post-publishing note: below I make the assumption Swope is referring to the agencies that get assigned the contracts. Upon further reflection, another interpretation could be made that he wants 'accountability' for the people who receive the services of the grants, ie the homeless. In either case, as I understand it, as the fiscal agent, he doesn't have the authority to add stipulations to said contracts. ]

The context of the quote indicates that Swope would like to insert accountability as a requirement for people (agencies I'm assuming) "receiving grant dollars related to homelessness prevention and assistance". Furthermore, the context of the above article, indicates that Swope seems to have contention regarding Department of Commerce funding. So what are these programs and what does the Department of Commerce do exactly? Well, their website has this to say:

"The Department of Commerce is the one agency in state government that touches every aspect of community and economic development: planning, infrastructure, energy, public facilities, housing, public safety and crime victims, international trade, business services and more. We work with local governments, tribes, businesses and civic leaders throughout the state to strengthen communities so all residents may thrive and prosper."

That's a lot and I don't really have any interest in walking through every aspect of what they do. But one key item to be aware of in this discussion is in this sentence: "We work with local governments... to strengthen communities so all residents may thrive and prosper."

National research shows a connection between rent increases and homelessness: a $100 increase in rent is associated with an increase in homelessness of between 6 and 32 percent.

And a bit further on in that brief:

Problems caused by rent increases are exacerbated by the associated issue of very low vacancy rates, which make it difficult for people to find a unit even when they have sufficient income or rental assistance to pay market rents. In Washington State the vacancy rate was 3.3% in 2015, and even lower in some urban areas.

The brief is only 6 pages. I would highly encourage everyone to go read it. Ask yourself if Sean Swope's proposed ordinance will address the issue as expressed here.

Anyways, regarding those contracts...

So how does the Department of Commerce fulfill its mission? They do so with grants that fund very specific programs that have been found to be most effective in addressing specific issues such as homelessness.

How do the grants work? The Department of Commerce allocates funds committed to particular issues, say for example, housing. They then work with a fiscal agent that is local to where they desire these funds, via contracts, to be utilized. In this case, Lewis County. Lewis County's responsibility as the fiscal agent is to take these contracts and find agencies that will fulfill these services.
So we have three parties involved in this process. The Dept. of Commerce, Lewis County, and the contracted agencies.

That's a lot to take in and most of it is as boring as it sounds. We had to wade through all of that though to get to what I think is the root of this ongoing issue: Swope wants to assert his undefined concept of 'accountability' into an existing obligation where he has no authority or knowledgeable experience to do so.

In all of this talk, Swope seems to have completely misunderstood his role in how these contracts are established. Or how these contracts work. Furthermore, he's also guilty of misinterpreting, and then later, misrepresenting the actual funding allotments toward given purposes. An ongoing issue he has yet to rectify.

If I were to judge by his public statements, I would say that our commissioner doesn't understand exactly what his obligations are here and how the process works. If we are going to be champions of accountability, might I suggest that Swope begin with trying to understand how these programs function and the proper scope of this authority.

Continuing, I would also ask Swope to define, exactly how, given he had the proper authority, he would add accountability into this process. What stipulations would he add? What does he feel is missing from these contracts that would fulfill his concept of accountability? Please explain the deficiencies in the contracts regarding homelessness that the Department of Commerce have created.

To date, I am not aware of any public articulation of just what exactly Sean Swope means by accountability or how he would integrate that into these contracts. He talks a lot about it, but never defines it.

These contracts, by the way are also heavily scrutinized. The requirements to fulfill these contracts are extremely detailed. It's not like Commerce just hands a blank check to agencies. In fact, agencies have to account, in great specificity, how the funds are applied and how they meet the defined scope of work. And just who is in charge of the oversight that these contracts require? Commerce (obviously) and LEWIS COUNTY... and by extension, Sean Swope. I've gone to great lengths to spell this out as clearly as I know how: the commissioner so loudly proclaiming a desire for accountability is in fact the same authority that should know how these contracts function and whether they being properly fulfilled. And he has yet to explain in what way these services are failing his standard of accountability.

Sean Swope took local politicians, law enforcement, and some reporters, to tour an encampment that he deemed inhumane and unacceptable. He publicly stated, without evidence, based off of his limited knowledge of the situation and poor understanding of relevant data, most of which is available through his own health department, that the "system is broken". Swope has repeatedly shown a mind-boggling lack of knowledge on how services, like needle exchange programs, function. He has completely elided the knock-on effects of a global pandemic, rising housing costs, inflation and possible looming recession and, instead of focusing his attention on his responsibility to better understand these interrelated issues and relevant statistical data, has decided the problem is with the lack of "personal responsibility" of a marginalized and powerless population.

Swope has loudly asserted the need for accountability while simultaneously ignoring his own deficiencies in understanding not only the process, but the relevant data.

The German theologian Dietrich Bonhoeffer, in his book The Cost of Discipleship, coined the term cheap grace. In short, it's a grace we bestow on ourselves, lacking any real commitment to the actual transforming work of the grace of God.

At the risk of greatly offending the work of such an esteemed theologian, let me coin my own term, "cheap accountability":

If cheap grace is the grace we bestow on ourselves, cheap accountability is the demand we place on others, not for their welfare or well-being, but for our own comfort.