Grace Can Lead Us Home: Introduction 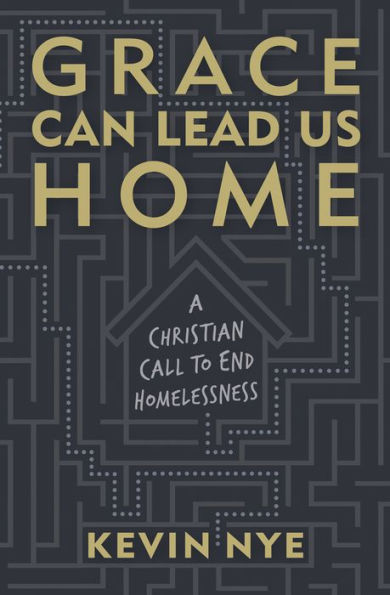 The discussion on how to address the unhoused population in the United States has a tendency to bring more heat than light. The problem confronts many people on a daily basis. Literally. You don't have to go far in almost any part of the US to see homeless encampments and people sleeping on sidewalks.

Furthermore, the issue doesn't appear to be going away any time soon; much to the frustration of property owners, politicians, and law enforcement. If one were to judge just by driving around, the issue appears to be getting worse. Despite best efforts at stemming the tide of the unhoused population (and a lot of funding).

There is also no shortage of ideas on how to best address the topic. Some would claim that the unhoused should find housing or face arrest. Or develop housing away from downtowns and city centers and have the unhoused bussed there. Or make homelessness illegal. Or address the rampant addiction with medically assisted treatments while providing provisional housing. Or mental health services. And so on and so on.

Not surprising, the issue continues to be divisive in Christian churches. In what way are Christians called to address the unhoused? How should the church regard addiction and trauma? Are the unhoused simply sinners suffering the consequences of their actions? Or are they products of a world that is red in tooth and claw?

What of grace and responsibility? Mercy and judgement?

In pondering this, it's here that I want to begin the discussion of Kevin Nye's Grace Can Lead Us Home - A Christian Call To End Homelessness.

The introduction begins with Nye discussing his choice to give up a future in traditional church ministry in 2018 and pursue a career in homelessness services. His calling finding him in Hollywood working for a nonreligious nonprofit called The Center.

He discusses his withdrawing from ordination to follow this desire. To the consternation of those who were in positions of authority over him. His calling toward being an advocate for people experiencing homelessness felt like a ministry to him, yet others failed to see the connection.

Walking out of what could have been his ordination, he encounters a person who is homeless and as he engages the man, he expresses where his choices have brought him:

This experience signaled to me a place I would come to occupy, a place I believe God has put me—with one foot in that ordination service, called to serve and love the church, and one foot in the streets, where those whom the world has rejected sleep, suffer, and die. Whichever way I turn and face, one message continues to emerge: grace. (p. 18)

Reflecting on his decision, he continues:

Everything I have come to believe about God informs my advocacy for the unhoused. (p. 18)

And further on he states:

This book aims to bridge that gap by reporting back the stories, experiences, and education I’ve received in my time learning from hundreds of men and women experiencing homelessness, many of whom I now consider friends. I want to tell you about Christ as I have met him most clearly—in tents, shelters, and drop-in centers. I believe he has something to teach us all about grace, a lesson that can come only from the margins. And I believe that lesson can teach us all we need to know to change the landscape of homelessness entirely. (p. 19)

The introduction continues with his reflections on accidentally finding himself in Skid Row and later being drawn to the prophets like Jeremiah as they expressed how "the people of God were living in an unfamiliar land, disappointed that things hadn't quite worked out the way they'd hoped."

I'd have to say, my favorite section of the introduction is where Nye begins to explicate his thoughts on grace. Using John Wesley's definition of grace as God's "bounty" and "free, undeserved favor" he lays his foundation regarding the worth and transformation of humanity in the act of God's "sanctifying grace".

Grace does a lot of the heavy lifting of Nye's project, and it's only appropriate that he quotes what is likely the most famous hymn in history:

Through many dangers, toils, and snares

I have already come;

and grace will lead me home.

This section finishes with Nye's thoughts on what it means to call something "home", and they ways in which we attach the word to things we think of as providing safety, belonging, dignity, and hope.

Turning his attention to a recent poll, he states:

A recent poll conducted by the Washington Post and Kaiser Research, aimed at discovering different groups’ inherent beliefs about poverty, found that Christians are more than twice as likely as non-Christians to associate poverty with a lack of effort, as opposed to difficult circumstances. (p. 24)

This statistic undergirds a subject he intends to interrogate regarding what Christians believe about the causes of homelessness. But he's quick to point out here how crucial "the role that grace plays in undermining our calculations about what people deserve."

There's more that can be discussed here, but I'll end my recap on the introduction with this final quote:

If God’s grace is enough for us, then it is enough for anyone experiencing homelessness, whether they are in that position because of moral failures, difficult circumstances, or any combination of reasons. (p. 24)