Grace Can Lead Us Home - Community and Solidarity 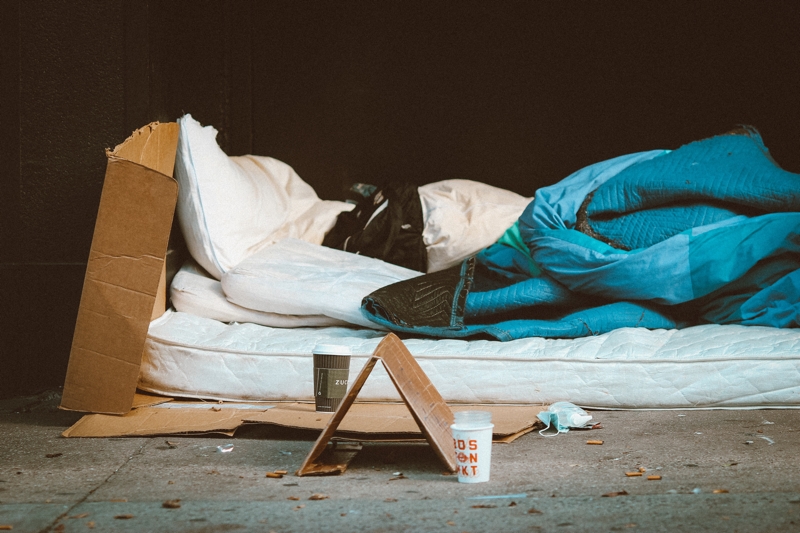 The fourth chapter on Grace Can Lead Us Home opens with the LAPD sweeping an encampment at Echo Park Lake in 2021. Despite the encampment actively advocating for necessities, and neighbors complaining about human waste and garbage, the city would lock the park bathrooms every night. Eventually a fence was erected around the park under the guise of renovations and the encampment was given twenty-four hours to leave or be arrested.

This story plays out all over the US with regularity. Even as recently as last week.

This chapter concerns itself with how homeless populations engage in and with community.

The Function of Encampments

Encampments serve a centralizing purpose among the unhoused. First, many services provided by local health officials know where the clientele will be. Getting into housing can be a long an arduous process. Having a point of contact is fundamental to helping the unhoused community. Furthermore, encampments are a form of self-organizing community among its residents. The residents often share resources, look out for each other, and work together to keep the encampment functional.

This isn't to say that all encampments are some sort of ideal living situation. Nye goes on to stress:

I do not mean to cast encampments as uniformly supportive utopias. As with any given community—churches included—a variety of structural and interpersonal dynamics can combine to make an encampment either healthy and vibrant or toxic and dangerous. However, the ability for unhoused people to develop communities and networks of support within and among themselves should be recognized and supported rather than scorned. More to the point, if our primary reaction to these communities is antagonism, whether structural or personal, their ability to become healthy and vibrant is stunted. (pp. 89-90)

Nye discusses one of his earliest revelations in working with the unhoused: "Housing is spiritual". Most people, if given the chance to think about it, would probably agree that housing is so much more than just some physical space you call your own. Housing is a critical aspect of our sense of self and safety. As has been indicated earlier in this book, lack of housing is detrimental to the health and well being of a person. So much begins with housing.

Citing the work of Hannah Bowman, the author draws the comparison of encampments to the Jewish festival of Sukkot. A festival dedicated to remembering the exodus of Egypt where the Jewish people lived in makeshift dwellings for a night.

Ignoring the spiritual and self-organizing aspect of encampments runs the risk of ignoring the good these places can provide.

Once again, we are so quick to set ourselves up as the experts on the experience of homelessness rather than seeking the direction of the true experts: those who live it. If we take time to listen and see the good that’s already there, we can reach solutions that are dignifying and desirable. (p. 91)

This section closes with an encampment success story in LA where the city, working with a nonprofit in the area, granted two local hotels to serve as permanent housing. Over time, the population of the encampment, numbering around 100 people, eventually moved without using ultimatums or coercion.

This kind of story should be the norm, not the exception. If we can look at encampments and see not a scourge but sacred communities of people trying their best to survive, surely we can find creative solutions to build on the resilience and solidarity already present among people experiencing homelessness. In so doing we affirm that all housing, however temporary, is spiritual. (p. 92)

The ways people are discriminated against on the basis of race, gender, sexual orientation, and gender identity have a direct impact on the landscape of homelessness. Marginalized groups within these categories experience homelessness differently, both qualitatively and quantitatively. Homelessness does, in fact, discriminate—because we do. (p. 92)

In this section, Nye addresses the various groups that have historically, and are currently, experiencing homelessness differently. Race, gender, sexual orientation and identity, are all factors that contribute to a person's risk of homelessness.

Race - If homelessness is primarily an issue of housing access, Nye states that it becomes obvious that a history of housing discrimination is a direct cause. Examples from housing loan differences between those of a different race after WWII, redlining in the banking industry, and housing discrimination are all contributors to why 71 percent of white Americans own their home vs 42 percent of black Americans.

Gender - The author tells the story of an article in the Los Angeles Times indicating that women make up over a third of those experiencing homelessness. This prompted their organization, The Center, to determine why their population did not reflect this split given their ratio was 90 percent men. Their finding revealed that "hundreds of unhoused women lived in our vicinity but had largely remained invisible to us." Factors included threats of violence from men with most services not providing anything specific to just woman. In these cases, most women choose to be invisible or stay in exploitative and abusive relationships rather than risk their safety.

Sexual Orientation and Gender Identity - While unhoused people have a tendency to stay in the area they were raised, have family, or are familiar, LBGTQ+ youth often find themselves being driven away, kicked out of their homes. Feeling safer in more metropolitan areas, they usually land in more hospital social climates. Away from where they are from. Transgender people also face the continued threat of violence as shelters often only have arrangements for men and women, usually assigned by sex rather than gender.

As Christian institutions continue to agonize over their theologies of gender and sexuality, we cannot lose sight of the physical and psychological harm we are inflicting on people whom God loves. Our limited theological imaginations, which prioritize how we think and feel about sexuality and gender identity over how we value the actual lives of fellow bearers of the divine image, are driving LGBTQ+ people to homelessness and all its subsequent harms. (p. 99)

The Center's motto is "Community End Homelessness". In this section, Nye recounts how efforts at establishing community, working with the unhoused population, and providing a space for their existence, while also working to guide them into housing, has been the most effective long term solution. Community being a cornerstone to that effort. He recounts activities, like "bibliotherapy", where reading short stories and discussing it in a group, has been greatly beneficial to development of trust and community.

The Poor Are Always With You

The difference is subtle but the concern is that many Christians have somehow used this odd translation to justify not doing anything for the poor because, as Jesus states, they will always be with us.

The point he draws out in the corrected version is that Jesus' disciples always had the poor with them. Meaning the poor were always a part of whatever the disciples were doing. Not some aberration that will always be around.

Instead, this passage draws us to a better kind of love for the poor—one that is experienced in community. The disciples wonder whether the costly perfume they had should have been sold to give money to the poor, but Jesus reminds them that the poor should be always with them. Jesus is inviting them out of a mode of transactional giving and into communal solidarity. If disciples of Jesus are always among the poor, in community and communion, the needs of the poor will be recognized and met through mutual aid, rather than through the giving of money at a distance. (p. 102)

I really enjoyed this chapter. The issues surrounding homelessness are multi-faceted. Nothing is as obvious as some what like it to seem. When we ignore the societal factors that aggravate the risk of homelessness, we do ourselves and the community we are desiring to help a great disservice.